Reed Hundt is the chairman and CEO of Making Every Vote Count and Coalition for Green Capital. He also serves on the board of several other non-profit and for-profit firms.

He was previously the chairman of the Federal Communications Commission from 1993-1997. He was a member of the transition teams for the Clinton and Obama presidencies and has taught at Yale College, Law School, and School of Management.

He is the author of You Say You Want a Revolution, In China’s Shadow, The Politics of Abundance, and Zero Hour. His most recent book, A Crisis Wasted: Barack Obama’s Defining Decisions will be published in February 2019.

He received a degree in history from Yale University in 1969, then returned to Yale for his JD. Since 1974, he has practiced law in California and Washington, D.C. 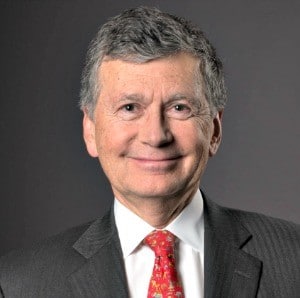